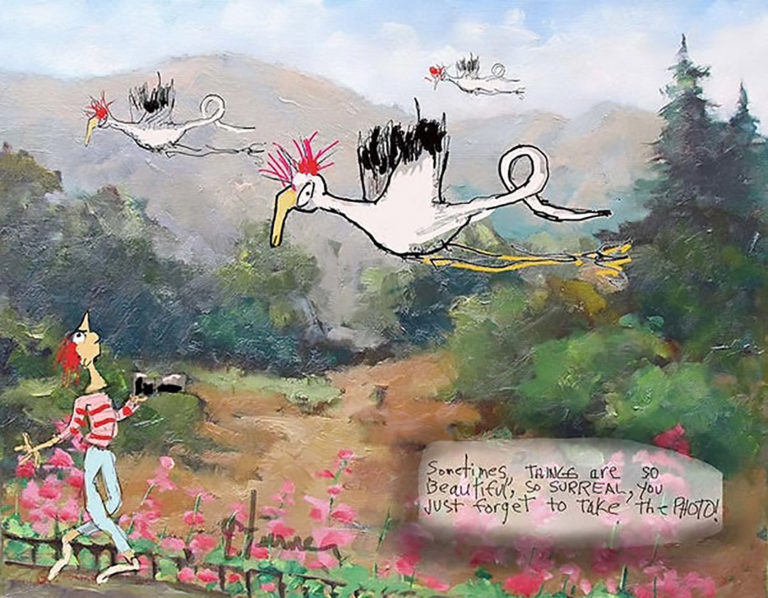 When it comes to wildlife photography, there is a lot of sitting and waiting. One afternoon, I sat in a patch of tules with the sun at my back, on the edge of a Northern California rice paddy.

With my Nikon, a  sandwich, and a ton of Fuji Chrome in the pack next to my perch, I was hoping for a lucky shot of a passing egret, but I would have been happy with anything else interesting that came my way. Truth be told, that was almost secondary to just being there. It was a great place to be.

The song of blackbirds, tree frogs, ducks and crickets blend to form a blizzard of sound saturating the afternoon wetland landscape. The deep, base note croaks of Bullfrogs pound out a rhythm, and it becomes a natural symphony. The air vibrates and pulses with the sounds of Nature at its best.

My camera sits on its tripod nearby, close enough to grab if something interesting comes my way. I sit. I think.

Soon, a lone snow goose arrives, circles, and lands nearby. Almost immediately a small group of snow geese fly in to land near the first one. Suddenly, the level of noise balloons, and I look up. The sky is filled with great incoming “V” formations of Snow geese arriving from all directions, some quite low, but others still very high. They began to descend like snowflakes into the flooded rice field half a football field away.

I have plenty of time to grab a shot, but, for the moment, I will just enjoy nature’s gift. At that point, as any wildlife photographer knows, movement could result in an early end to the show.

Sometimes things or events swirling around us are so beautiful, so surreal and spectacular, we  just forget to take the picture. We may actually decide not to take the photo and enjoy the moment. Film will fade, photos may be lost, but, if we just settle in and let things happen, the intensity of the event is locked in memory, and will be as clear and vibrant at the end of life as it was then.

But, if you are a professional photographer, I would suggest: GET THE SHOT!

George Turner lives in Oregon and loves to spend time walking with his wife, Cora, their friends and their dogs. He has always been interested in the visual arts, saying, “It’s great fun to tell a story with a drawing, a painting or a video clip, so I spend time working to develop communication skills using these tools. A current project involves writing and illustrating a children’s picture book.”