Her View from the Bridge 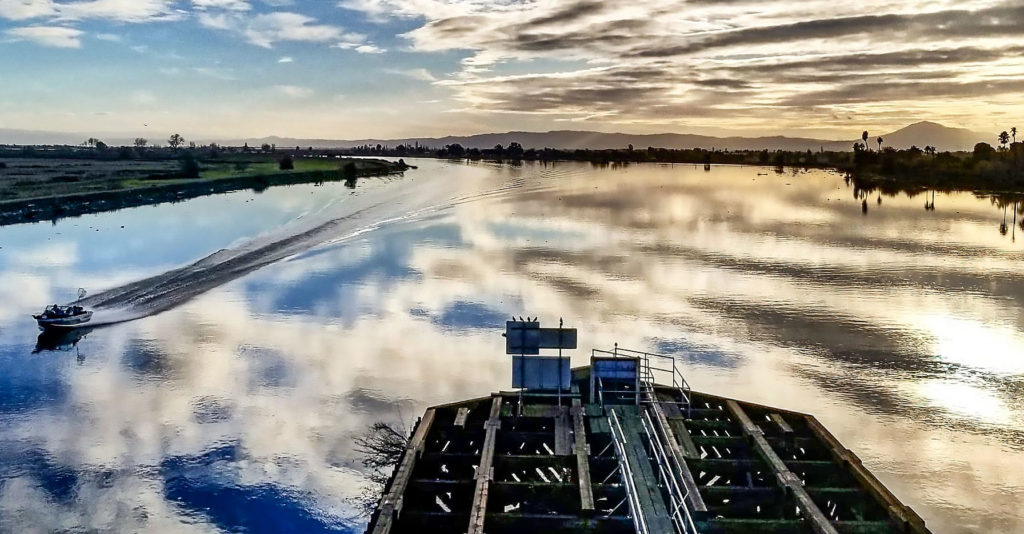 I’m not just sharing something I really love, but also bringing people closer to nature in a way that makes them look at what’s going on around them a little differently. It slows life down for them, I think.

Demi Stewart stood in the snow at Yosemite Valley on Christmas Day, opening a package from her children.

She had only just started peeling away the wrapping paper when she saw the words on the box and realized what was inside. “Are you kidding me?” she said with a gasp.

Life gets pretty lonely in the bridge tender’s house, high above the river, with only the neighborhood osprey, a few hungry sea lions and the blinking red lights of the Rio Vista wind turbines to keep you company. 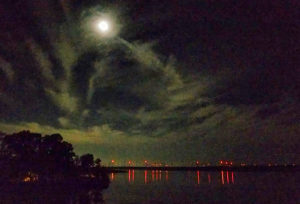 At least, life could get lonely.

But Stewart won’t let that happen. She uses down time during her shifts on the Three Mile Slough Bridge to photograph the Delta scenes and sunsets she knows better than just about anyone else. She shares those photos with a growing community of friends on Facebook, ensuring that she’ll never really be alone on the bridge.

“I have friends now from all walks of life,” she said. “And most of them I’ve never met.”

Photography is more than a hobby for Stewart. After a series of personal and financial setbacks dating back to the Great Recession, photography has become almost a rejuvenating power in her life.

She is the first to acknowledge that she is not a professional, relying on her cell phone camera to produce most of her photos over the past few years.

“I always felt like kind of a fraud,” she said.

Professional or not, Stewart’s landscape photos — shared almost daily with the “Delta News” Facebook group — are a constant reminder that the Delta is more than merely a water spigot for Southern California or a weekend playground for the Bay Area. More than a no-man’s-land that gets hardly a mention on the maps.

It is people like Stewart who are beginning to give the Delta what it needs the most: an identity.

“It’s kind of fun,” Stewart says. “I’m not just sharing something I really love, but also bringing people closer to nature in a way that makes them look at what’s going on around them a little differently. It slows life down for them, I think.”

Stewart’s grandparents once lived in Rio Vista, so she knew the Delta even as a young girl. Eventually she married a farmer from Ryer Island. They ran a grass seed business.

She lost almost everything in the housing crisis, and at the age of 55 had to start her life all over again. That’s what led her to become a bridge tender almost five years ago, a job that has proven to be a blessing in more ways than one.

From her “office” Stewart enjoys a 360-degree view, from Antioch in the south to Rio Vista in the north. To the east, above the levees, she can see the tops of the ocean freighters pressing their way up the San Joaquin River.

Stewart must stay close to her post, so in a sense the photos she takes are limited to the same vantage point over and over again. But that doesn’t matter, since the Delta landscape changes every day, more than anyone might imagine.

Stewart knows how brake lights on the highway below often foretell a spectacular Delta sunset. She sees patterns in how the clouds roll into the Delta, and she is the first to notice when the tides turn. She knows when the ranchers move the cows, and how the light flashes off the wake of boats plying through the water. 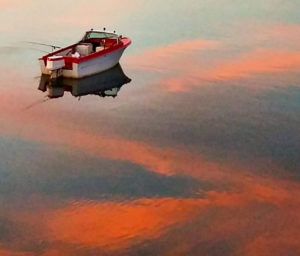 After pulling a night shift, she is one of the few who can appreciate how the full moon looks when it sets in the west.

The reactions to Stewart’s photos show just what kind of an emotional impact they make. One woman – a complete stranger – asked Stewart if she could make a print of one of her photos and take it with her when she moved out of state.

“It made me a little teary-eyed that she wanted to take a bit of the Delta with her,” Stewart said. “People tell me they really look forward to my photos. If it makes them happy, then hey, that’s an easy one for me.”

Yet for a long time Stewart still considered herself an imposter because she used only a cell phone. She couldn’t zoom in very far. The quality wasn’t what she knew it could be. 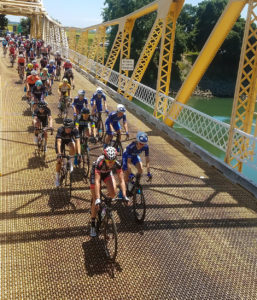 Back in Yosemite Valley on Christmas Day, Stewart began unwrapping her gift as her daughter, Kerrison, recorded video of the moment and her son Malcolm watched.

It quickly became obvious this was no ordinary gift.

“Oh my gosh… Oh, you’ve got to be kidding me… Oh, I don’t believe it,” came the words, interspersed with joyful sobs.

Inside of the package was a camera. A real one. A Nikon D3400 with two lenses.

Overwhelmed, Stewart fell to her knees in the snow. It was the “best gift of my life,” she would later tell her friends on the Delta page. “My heart almost exploded.”

Truth be told, Stewart didn’t need a “real” camera to bring the Delta into people’s homes and into their lives. She’d done that already.

Still, the gift seemed a validation of her work and what it means to those who live in this under-appreciated region of California.

And of course, a powerful lens won’t hurt the next time a distant sea lion with a fat fish in its mouth does battle with a scavenging gull.

As one of Stewart’s Facebook admirers put it once news of the new camera got out, “Can’t wait to see what she captures next.”

ALEX BREITLER grew up in Benicia but moved to the “other side” of the Delta in 2005, where he covered natural resources and the environment for The Record for nearly 13 years. He wrote countless stories about Delta water policy, but his favorite stories were always about Delta people