Mount Diablo and the Delta as Place, part 1 of 5 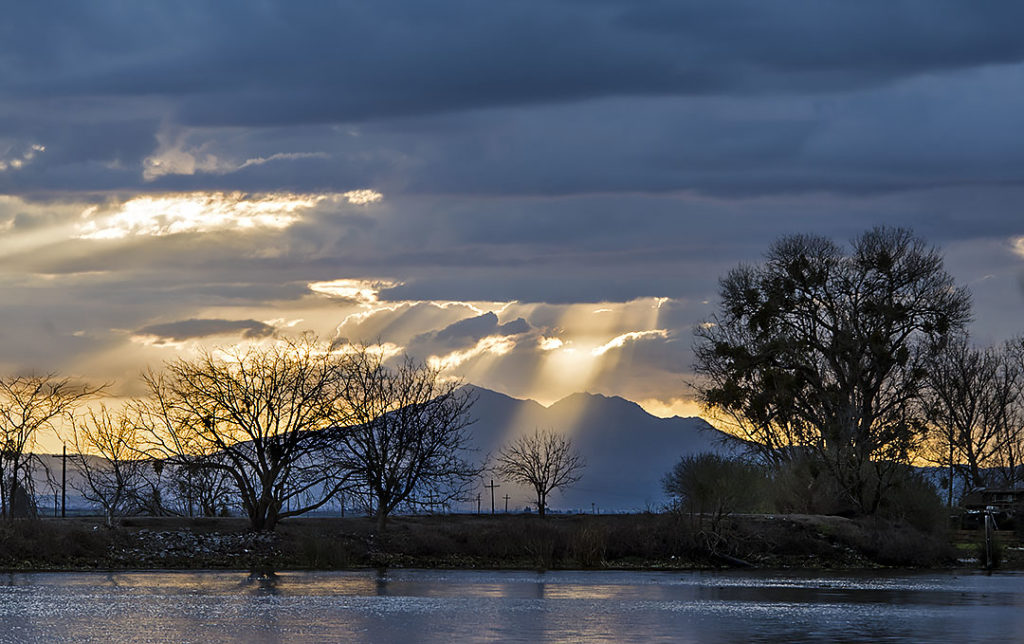 The Native American and Spanish Views

It has been estimated that the Sacramento San Joaquin Delta region has been continuously inhabited between 10,000 to 13,000 years. (1) The language groups that lived there (the Miwok, the Yokut, and the Ohlone) settled along the rivers and managed abundant flora and fauna. They lived in small hamlets, but were in active communication with each other despite different dialects and core languages. They shared a worldview that accepted the environment as sacred and benign. In their creation myths, the human race was birthed with the help of animals, making all such species close relatives. (2)

Many associated their supportive surroundings to a holy mountain where they performed a variety of ceremonies. They used many names to refer to that mountain: ”Ojompile,”“Tuyshtak,” “Sukku jaman,” and “Supemenenu.” While the exact translation of these names has not been settled, it is agreed that every name had a positive connotation. (3)

The first Europeans to behold the Delta also appreciated its abundance; they were trappers working for the Hudson Bay Company and benefitted from the harvest of pelts. They never establish permanent settlements, but their camps are remembered in community names like “French Camp” south of Stockton (4).

The Spanish who explored and settled on the rim of the Delta, held a different view. The mountain which the native Americans celebrated was first christened for St John Baptist or simply referred to as a “high place”. However, after an 1805 skirmish between Spanish solders and native Americans in a willow thicket north of the mountain, the name Monte del Diablo came into wide spread use (5). 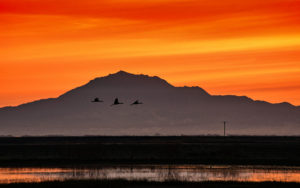 This is hardly surprising because the Spanish selected coastal settlements which would facilitate the transport of agricultural goods by ship. The mission system required native labor that would not retreat to village life (6). When this did occur, the fathers requested help from local military garrisons to recover those fleeing “civilized” and Christian settlements. Not unexpectedly, the military found the marshy world of the Delta difficult to navigate, particularly on horseback, and where contact was made, resistance often followed. It was a devil of a place to police.

The French explorer August Duhaut-Cilly recounts the following story which illustrates how the mission system caused tensions between native villages as well as resistance to the Spanish authority. Some writers suggest Duhaut-Cilly may have confused which of the San Francisco and San Jose missions were involved as well as which river, the San Joaquin rather than the Sacramento, witnessed the attacks (7). It also possible that the first trip up the river was less benign than Duhaut-Cilly describes and that the second trip included Christianized natives who joined the soldiers in taking vengeance. In any case, whatever the exact details, the story demonstrates reasons why the Spanish saw the Delta as a dangerous place where devilish things happened:

After the harvest the padre at Sam Francisco Solano had given permission to eighty of his Christian Indians to visit their former homes, and they were on their way in a great longboat going up the San Sacramento River when the wild Indians attacked unexpectedly at a narrow spot where they could neither flee nor defend themselves, killing more than forty of them. So an expedition was decided on and entrusted to the fiery spirt of Sanchez , who set out at the head of twenty or thirty mounted solders. At their approach the defending Indians hid in ambush in the woods, from where they shot arrows at the soldiers, who could not get at them or even see them. Exasperated, the latter took vengeance on the Indian women and children, who could not flee. They massacred about thirty of them and returned in shameful triumph with young girls and a child as prisoners and token of their victory. (8)

This story also implies that some native Americans lived in two worlds during the Spanish period, spending time as part of the mission labor force and returning to live close to nature as part of their villages. This could have promoted the spread of western diseases and surely led to a confusion of world views.

One of the more remarkable stories in this regard is the life of Estanislao. He was born in a Yokut village near the present-day Stanislaus river (which was named in his honor) around 1798. Mission padres from the San Jose Mission converted him in his village and convinced him to move his family to the mission. A natural leader, he became the “mayor” of the native community at the mission; he was educated and could read and write Spanish. He left the mission in 1827 to lead a group of raiders he educated in battle techniques to attack local ranchos. At one time, he led 4000 recruits. His trademark was setting traps where he could claim victory without loss of life.

After a long pursuit, the Mexican army defeated the raiders in 1829. Estanislao returned to Mission San Jose where he successfully pleaded with Father Narcisco Duran to forgive him and his men as well as to secure them pardons from the Mexican government. He was successful on both counts. He then returned to his tribal unit near the present-day Modesto. Between 1827 and 1834 he again participated in raids on area ranchos, but also faced the devastation of the malaria epidemic of 1833 which killed over 20,000 native Americans in California. In late 1834, Estanislao returned to Mission San Jose where he spent the remaining four years of his life teaching the Yokut language and culture (9).

Clearly in Estanislao we have a marginal man, able to move between two very different views of the Delta and the cultures which inhabit it. That later generations would celebrate his life by naming a county that borders the Delta after him suggests that he was widely seen as exceptional (10).  He was able to live with equal success in a world where harmony with the natural environment was valued and in a world where nature is to be disciplined and refocused on human projects. The Delta, of course, could gratify both visions.

Dr. Benedetti is Professor Emeritus of Political Science, University of the Pacific and a Research Associate at the Center for California Studies, Sacramento State University. He co-directed an exploration of Sacramento-San Joaquin Delta history and culture for the Delta Protection commission in 2014-15.