Hot Rods and Custom Cars of the Sacramento Delta

Editor’s note – The following is a chapter from “Hot Rods and Custom Cars of the Sacramento Delta,” first published February, 2019 by History Press, © John V. Callahan, used by permission.

Introduction excerpt:  Back in the 1950’s, hot rodding and street racing were widespread and mostly illegal, sort of the Wild West phase of their history. The Delta is flat as a pancake with roads elevated a bit to keep the farms from the river. … Teenagers didn’t want Dad’s truck to drive to school, they wanted their own cars fixed up their own way. … They drove what they created, rolling art, unfinished in many cases but loved as their own. When we talk about someone whose name we can’t remember, a description of his car identified him immediately — it’s a rolling ID card.

Rico Squalia and his son Rick, at the wheel, are seen here at a local car show with their national award winning roadster are under the watchful eye of California Highway Patrol (CHP) Officer Ezra Ehrhardt.  Does it seem odd that a highway patrol officer is included in this book?

Well it isn’t when you consider the problems with street and highway racing in California in the ‘50s and ‘60s.  It seems there was no distinction between hot rods and custom cars in the public eye. Custom cars, as a general rule, were rarely raced, but they did see how fast they could go.

Mild custom cars owners were usually inclined to test their vehicles against each other, but not so much those who spent everything on a show car. The CHP Commissioner enacted a program to try to stop dangerous racing.  The result was appointing two veteran officers to start a new program of education and accountability for the many local car clubs in the state. The state was split into north and south. Ezra Ehrhardt, who lived in Lodi, was appointed to handle the north, and Chuck Pollard the south. They would visit the local drag strips; our local one was Kingdon Airfield in Lodi. On weekends and designated weeknights. It converted into a drag strip. Grudge races, as they were called, were popular, since beefs between two guys could be settled there under supervision, and above all, safety. Kingdon gained much respect because the big names in the sport raced there. Don Garlits with his famous Swamp Rat, T.V. Tommy Ivo, Don “The Snake” Pruhomme and Connie Kaletta all competed there.

The CHP was also going to the biggest car show in the country: the Oakland National Roadster Show. It has been held every year since 1950, although the location has been moved to Pomona, California in recent times. Originally the it was held in the exhibition building in downtown Oakland. Officer Ezra Ehrhardt, originally a motorcycle patrolman, became a regular fixture at the show in part because of his assignment. The National Hot Rod Association was also working to get street racing onto supervised drag strips and began to set up information booths in the show to recruit and give out safety literature. It was tremendously successful, and when the Hall of Fame was formed in 1960, Officer Ezra Ehrhardt was inducted as one of the nine charter members. Following in his footsteps, two other officers would be recognized for their service: Lee “Woody” Wood in 1962 and E.J. “Bud” Coons in 1964. Ezra passed away in 1967, and his service to our area was a great part of the roads becoming safe. 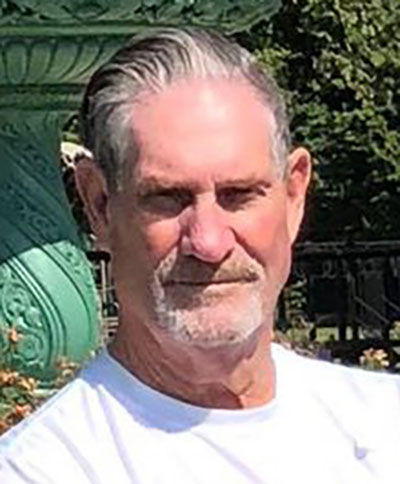 Author John V. Callahan grew up in Rio Vista and previously published a calendar in 2003 and articles monthly in the local newspaper titled “Callahan’s Car Corner”. He currently resides in Lodi. This is his first published book, using personal experiences and information from many interviews and much research. His book is available on Amazon.

PrevPreviousA Diamond is a Boy’s Best Friend
NextDelta Rivers and Flooding, Part 3 of 4Next