If you’ve climbed the world-famous Filbert Steps on Telegraph Hill in San Francisco, you may have seen the plaque crediting Grace Marchant with the creation of the garden across from Napier Lane. What you might not know (I didn’t) is that Grace had a daughter who created another garden along the Greenwich Steps one block north and parallel to the Filbert Steps.

The first time I visited Grace’s garden over 30 years ago, I felt like I’d been transported to a mystical fairyland carpeted with baby’s tears and filled with exotic plants, all clinging precariously to a sloping hillside. I didn’t think much about Grace that day; I just assumed she was an elderly woman who had nothing better to do than to care for her plants. But her story is one that I couldn’t have imagined. And in spite of the herculean efforts required to create and maintain her garden and to protect it from development, the garden she began planting 70 years ago endures and her legacy lives on.

Gardening was not Grace’s first occupation, although having grown up on a farm, perhaps tending plants was in her blood. Seeking excitement in show business, she left South Dakota in 1912 when she was 26 years old and moved to Los Angeles with her 3-year-old daughter, Valetta. Grace had a short career as a bathing beauty and stunt woman known for diving off ocean liners, but her focus was on Valetta who, after studying piano and dance, worked as a chorus girl in Hollywood musicals including Fred Astair’s ‘Flying Down to Rio’. Exhausted and tired of touring and dancing in theaters across the country, Valetta wanted to quit, but Grace continued to push her until a commercial artist, Desmond Heslet, married her and moved her to San Francisco to escape her mother.

When Grace joined the Heslets two years later, they had just settled into an old cottage on the east side of Telegraph Hill next to a working-class slum at the edge of the old Gray Brothers quarry. When Grace saw the dilapidated ‘shanties’, she suggested that the three of them lease the property and manage it. Instead, they bought it, moved into one of the buildings and rebuilt seven others, one by one, with salvaged materials. While Desmond brought in money working as a staff artist for The San Francisco Examiner, Grace and Valetta tore out dividing walls, installed toilets, windows and wiring, built fireplaces, and painted the exteriors creating what would become the third Bohemian compound on Telegraph Hill. There was no time nor energy for gardening.

When World War II broke out, Grace and Valetta went to work in the Marin shipyards while Desmond worked as a cartographer in Oregon before shipping off to Guam. After the war ended, Valetta and Desmond moved into one of the buildings they had been leasing, and Grace, at age 63, moved into an apartment on the Filbert Steps and the gardening began.

This was no easy undertaking. After obtaining permission from the city to garden the public right-of -way along the Filbert Steps, Grace hauled away rusty bed springs, broken-down furniture, cast-off appliances and broken glass before planting her first pot of baby’s tears. The barren slope along the Greenwich Steps was also littered with trash and the soil was so poor that Valetta carried bags of soil up 98 steps to her garden for decades. To make it safer and easier to navigate the steep slope, she hired a city bus driver to terrace the garden with bulk heads and to create railings from old pipes.

Grace tended her garden for 33 years until her death in 1982 at age 96. Fortunately, she had arranged for a successor, Gary Kray, to care for her garden. Gary not only devoted his life to maintaining and developing it, but he also helped establish the Telegraph Hill Historic District which was instrumental in fighting a real estate project on the Filbert Steps in 1985 that would have obliterated her garden. He also co-founded Friends of the Garden (FOG) which along with the Trust for Public Land has preserved the garden in perpetuity. After Gary’s death in 2012, friend and neighbor Larry Habegger and his wife Paula Mc Cabe took over the care of Grace’s garden and the administration of FOG.

When Valetta died in 1995 at age 86 after caring for her garden for more than 40 years, there was no one to carry on her work. The baby’s tears dried up and the wild blackberries, ferns and weeds took over. But thanks to the Telegraph Hill Dwellers, a project created to restore the beauty of Valleta’s garden and its open spaces attracted private donations and grants from San Francisco Beautiful and the Levi Foundation.

On my recent visit to Telegraph Hill, I was happy to see that Grace’s garden is as vibrant and magical as ever––a tranquil oasis perched peacefully a half mile above San Francisco’s financial district. And while clearly lacking the constant care it once enjoyed, Valetta’s garden exhibits a wonderful sense of wildness, a much-needed balm for our high-tech, ecologically-stressed lives.

During this visit, I did think about Grace and about Valetta, too. I wondered what had possessed them to take responsibility for shaping the housing and landscape of their new home. The Romans used a term, genius loci, to describe the sacred character of a place. Derived from an ancient belief that all physical aspects of the world––trees, rivers, rocks, mountains––are occupied by protective spirits, it was believed that humans were responsible for placating these guardians. Perhaps it was the genius loci of this ravaged hillside that inspired Grace and her daughter to become the stewards of this place. Judging from the profusion of plants blooming all along both sets of steps and spilling over the edge of the old quarry, it appears that the spirits on the east side of Telegraph Hill have been appeased and are very happy indeed. 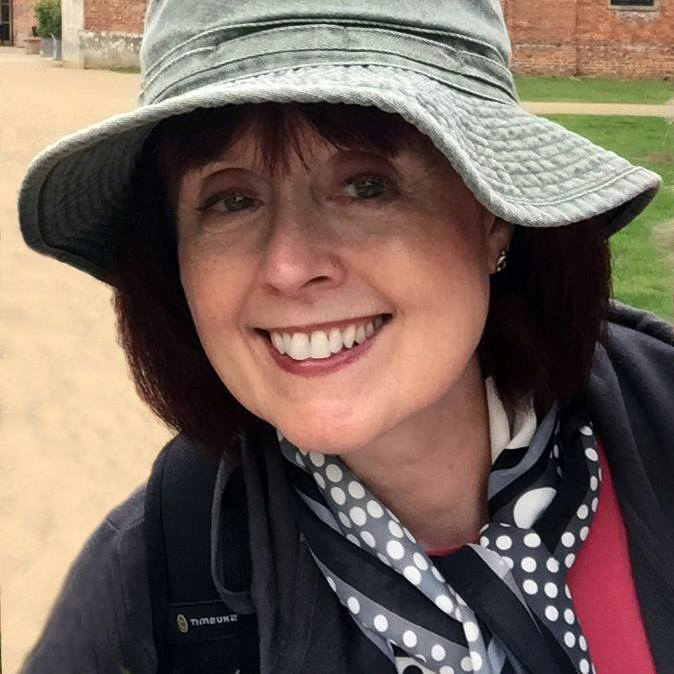 Descended from a long line of farmers in Norway and Minnesota, Charlene Nevill nurtured vegetables and herbs in Nova Scotia and Maine before moving to New York where she attempted growing vegetables on her tar paper rooftop while working as a publicist for Tiffany & Co. and as a contributing editor for a national trade magazine. After moving to San Francisco, she represented commercial photographers for 15 years before she began capturing images of her own. She’s currently studying herbal medicine. Author photo by Dawn Rivers.