In Oakley, we discover one of the last pioneer communities established inland from California’s great coastal centers. John Marsh encompasses the Oakley tule marshes and their Native American inhabitants within his Rancho del los Meganos Polpones in 1838.  Fred Babbe established a steamboat landing along Dutch Slough in 1854 just east of today’s Oakley. Between Babbe’s Landing and Antioch we find tule and chamisal (chaparral). Eastern Contra Costa is beyond the deep water of the Bay, and thus has no natural boat landings.  It is also too far west of the vast San Joaquin valley grain fields to commercially benefit. Only with the advent of the railroad in 1878 does this last Contra Costa parcel develop through a combination of land speculation, levee construction, property foreclosure, and sharecropping.

“Community” begins in the American experience when far-sighted landholders foresaw the value of land development and attracted the emigrant settlement (from outside of the U.S,) of immigrants (from other parts of the United States and from other countries). The Oakley experience was neither different in 1895 nor in 1995.  Civil War veterans Randolph Marsh (no relation to John Marsh) from New England via Petaluma, Sonoma County, and Alden Norcross from Vermont acquired, surveyed, plotted, and registered the township of Oakley in 1898. The streets of the 10-block township spell Marsh’s last name Main, Acme, Rose, Star and Home as intersected by 1st, 2nd, and 3rd streets. After founding the town, the men invited hard-working settlers to build their lives here.

Oakley begins in the mid-19th century with essentially four hamlets scattered west to east across an oak leigh. The term “oak leigh” conjures a romantic vision of majestic live oak trees growing across a grassy plain. Indeed, this untouched tule, wildlife, and chaparral plain was paradise to the indigenous Miwok tribes living here. Four immigrant communities gathered and built central social halls or schools in this area:  Live Oak, Oakley, Iron House, and El Rancho. Each hamlet was located within an hour or, at the most, two hours from the others. Live Oak, located closest to Antioch, is situated at the southernmost anchorage of the Senator John A. Nejedly Bridge (Antioch Bridge). Downtown Oakley, or Oakleigh is located closest to the train depot. The Iron House district is near Knightsen. Finally, the El Rancho district centers around the intersection of modern day Laurel Avenue and California State Highway 4 where a roller skating and dance hall provided  a social hub.

These smaller hamlets eventually coalesced into the community of Oakley.  Its economy from 1900 until the 1960s was based primarily on fruit, nuts, and vegetable commodity farming. Farms ranged in size from small 15 acre vineyards to hundreds of acres owned by primarily one landholder, the B.F. Porter Estate, and sharecropped. Green asparagus was king up until the “Big Break” of the San Joaquin levee in June 1928 due to a combination of high winds, high tide, and spring snow run off. The farm manager remembered literally hearing the “boom” of the levee failing; jumping on his horse to survey the problem; and ordering family, workers, livestock and equipment moved to higher ground immediately!

Oakley was a very self-sufficient town from the 1910s through the 1960s.  During this time, it supported automotive and farm equipment dealerships, a hotel, several grocery/cash stores, at least five legal bars (exempting prohibition), four schools, gas stations, movie theaters, ice cream shops, and restaurants. The El Rancho district had a roller skating rink that was later transformed into a dance hall. Fraternal organizations and ladies’ auxiliaries flourished with the Portuguese Flor de Oakley Society, Redmen and Pocahontas, Women’s Club, and Masonic Order’s nearby. The Oakley Women’s Club in 1913 established one of the first free libraries in Contra Costa County.

Harvesting produce and servicing four packing sheds preparing seasonal fresh fruit, vegetables, including asparagus provided summer employment for locals and itinerant farm workers. A national demand for fresh produce and the need for canned vegetables in WWI and WWII provided an ever-expanding market for Oakley farmers and packers. Seasonal employment on the farms and in the packing sheds was provided by farm labor camps segregated into Chinese, “Hindu” (Indian), Philippine, Dust Bowl (Oklahoma and Arkansas), and Mexican labor. These “squatter” camps dotted vacant lots downtown and open county areas from the 1910s to 1940s. The national economic boom of the 1920s even reached Oakley with establishment of its very own Bank of Oakley.  The stock market crash and the great Depression ended both the Bank and the boom times, but one can always eat in farm town.

Transformation of Oakley from an exclusively agricultural community to a bedroom community supporting industrial Antioch caused community change in the late 1950s.  Unincorporated Oakley and the Contra Costa Planning Commission responded to the new housing demands with post WWII tract homes, a precursor to the modern suburb, which were built to house engineers and blue-collar workers employed at the Crown Zellerbach paper plant and DuPont Chemical Works.  Similar to earlier “company towns,” these enclaves of blue-collar workers and their families lived a life apart from traditional rural families. The children of immigrants were moving up… and out.

The development boom in the run up to the “mortgage meltdown” of 2009 was analogous to Randolph Marsh’s land speculation in the 1890s.  Eastern Contra Costa County and Oakley in particular was ripe for land speculation and housing development from the 1980s forward. Housing developers acquired acres of vineyards, almond trees, and grassland as the area’s longtime residents sought retirement income or lacked an interested heir to take over their farm.  Developers and long-time landholders both saw eight houses to the acre as an attractive farm production “yield.” A new group of migrants has arrived to enjoy suburban life in Oakley while commuting as far as Silicon Valley to return home with a new “harvest.”

Editor’s Note: “Oakley Through Time,” the new book by Carol A. Jensen, East Contra Costa Historical Society, contributor, provides a local history of a town, plus insights into our immigrant culture and California identity. Presented in vintage photographs from state and local historical society archives is the evolving and endearing community of Oakley. Combined with Jensen’s prose, these images showcase the progression of a small California town in the era of real estate speculation, horse farms, and railroad produce terminals to self-sustaining San Francisco Bay Area suburb. The book (introduction above) is published by Fonthill Media and is available now (pre-release) through Amazon.com, BarnesandNoble.com, or ArcadiaPublishing.com. 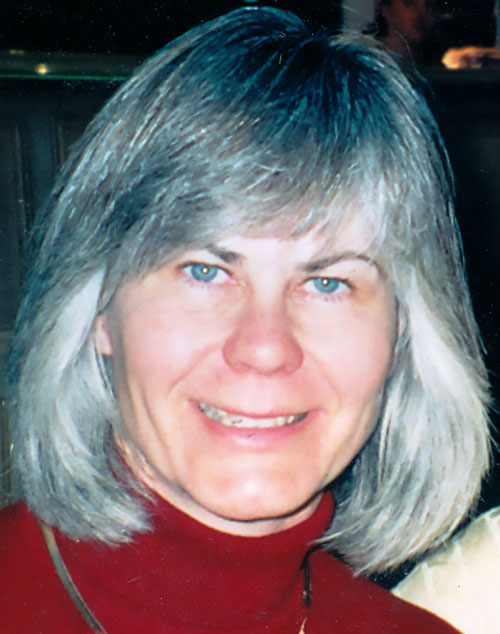 Carol A. Jensen is a native daughter and resident of eastern Contra Costa County, California. She is a history graduate of the University of California at Santa Barbara. Carol delights in discovering the history of the California San Joaquin Delta, collecting early twentieth-century ephemera, and documenting the cultural history of the area from those who lived, farmed, recreated, and visited the beautiful California Delta. The fruits of her historical search can be found at the East Contra Costa Historical Society & Museum, Knightsen, California.