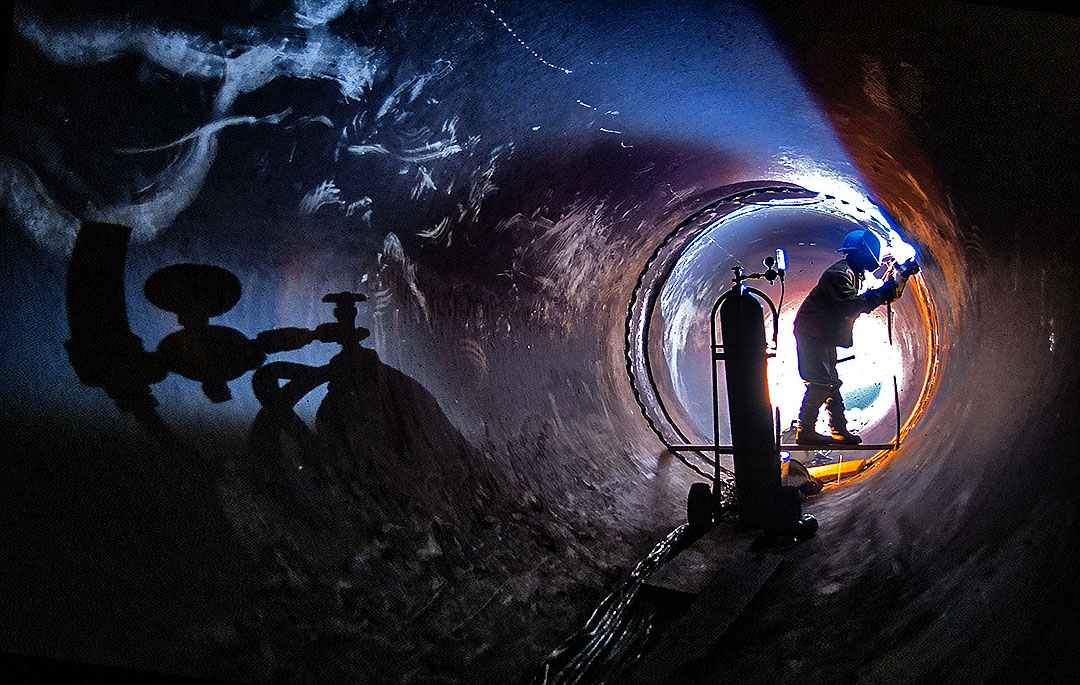 Back in the mid-1990’s I was privileged to document the seismic retrofitting of the East Bay Municipal Utility Districts aqueducts that bring water from Pardee Reservoir to Oakland, approximately 100 miles – all gravity fed.

This meant getting down in the pipes with the welders. This photograph was made in the Delta somewhere under Woodward Island west of Lower Jones Tract. I say ‘somewhere’ because we walked some distance inside this six-foot diameter pipe to get to the work site. In this case we crossed under Middle River and we were a long way from an exit, which was both interesting and a bit daunting at the same time. On our hard hats we wore miners’ lights and we carried LOTS of spare batteries. The job consisted of photographing the inside surfaces of the pipes, the staging and maintenance of equipment above ground, and the welders at work inside the aqueducts, who referred to themselves as ‘Pipe Rats’. They do this for a living without batting an eye.

Technical note:  About this time my beloved Kodachrome was falling out of favor with professionals because the parent company decided to license the proprietary processing technology to laboratories not owned by Kodak. Consistent quality control quickly became a thing of the past so I needed to look elsewhere for a dependable film . This image was shot on Fujichrome 100, which became one of my go-to films for all color work until digital technology took over.