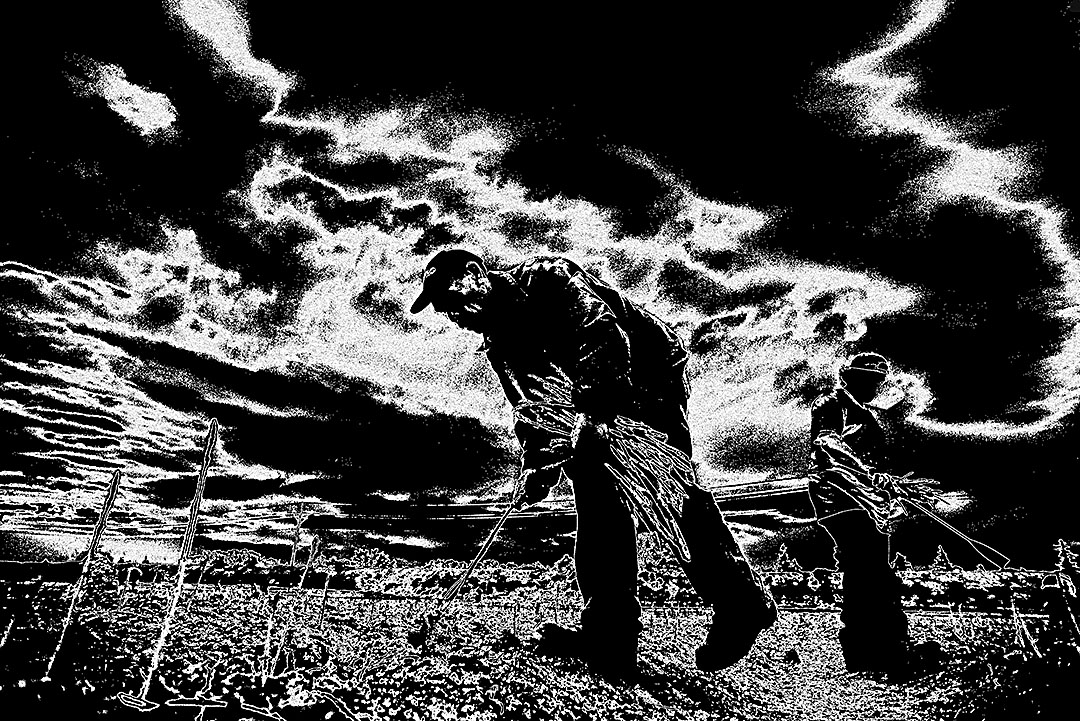 First in his clan to come to college,

At age twelve, Daniel followed his father one day

Into fields to harvest in heat that reached 103 degrees.

Afterward, his father said, “Is what your life will be

Si you no stay in school.”

He paid attention to his dad, pays attention in my class,

Shows respeto, no buds in his ears, no phone in his grasp

Or, like his peers, cleverly concealed upon his lap.

Proofreads and edits, hands in on time.

By the siren call of the semicolon Daniel is not seduced:

His sentences are sound, make sense, do not run-on

Or stop halfway to their intended destination.

In class he is quiet, seldom volunteers,

Keeps it short when called upon,

Perhaps embarrassed by an accent’s trace,

But always ready with an answer.

He’s confounded now and then, as are the best of men

By the nuances of pronoun case:

(Even our eloquent ex-President, Columbia and Harvard behind,

Given the forty million or so added to the health care rolls,

I almost manage to let it go.)

When I pass back a perfect test

Or an essay dense with details and insights

Surprising from one so young, to myself I say,

“This kid knows his shit.”

Daniel will be a doctor someday.

After class he lingers one day,

Waits patiently for others to grub for grades,

Bury bonus grandmothers, or razz me about the 49ers’ latest fade.

When the classroom clears, he thanks me for my corrections,

Then confesses fears for his career,

Not sure he can hack the math to get there.

Numbers were never my friend,

But, even with no way of knowing where this will end,

Somewhere in my bones feeling that the same fuerza

That fueled a father through twelve-hour days

To feed his family will sustain his son

Through calculus and organic chem, med school and beyond.

We talk of tutors, scholarships, GPA and T-A-G.

He thanks me again for encouraging him, offers a tamale

Home-made by his mom, who still packs a lunch to send along.

When I ask about his coming Christmas break,

I learn of plans, now aborted by border-crossing fears,

To go to Mexico

Not to bask on the beach at Cancun or Cabo,

But to build with his church a house

That three families, now homeless, would have shared

In the town where his father was born,

Where a man works a week or more

To earn what I am paid for an hour.

Though I share not a whit of his theosophy,

He gives me faith of a different kind,

And I’m just glad his life touched mine.

When he walks out the door after the final exam,

On his way to Davis or Berkeley or UCLA,

Chances are I will never see him again.

Just maybe, though, this prodigio I teach

Exceeds his reach, becomes the surgeon,

Performs the transplant I’m sure to need

After reading so much of his classmates’ trash

Has turned my brain to succotash.

Either way, he’ll be okay.

Even if the lout in the White House now

Manages to deport him, somehow,

Some way, Daniel will be a doctor someday.

Phil Hutcheon graduated from University of the Pacific and has taught at Delta College since 1990. He is the author of four novels, A Child Left Behind (Tokay Press), Rooting for Goliath (Tokay Press), Desperation Passes (Tuleburg Press), and Where Triples Go To Die (Inkwater Press).