Mosquito Abatement in the Delta 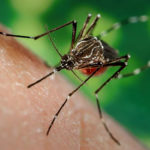 Though the nation is facing a disastrous COVID-19 pandemic, other viruses continue to threaten Californians. April 19-25 is California Mosquito and Vector Control Awareness Week, and the San Joaquin County Mosquito & Vector Control District has been participating in the statewide outreach effort.

Soundings Magazine, with the San Joaquin County Mosquito & Vector Control District, has developed this story on the risks. 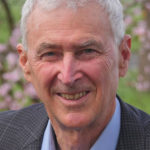 Michael Cockrell’s public service career has included law enforcement, water conservation enforcement, and emergency management. After 35-years at San Joaquin County’s Office of Emergency Services (OES), he retired as Director in December 2017. His OES experience between 1982-2017 included a wide range of emergencies and disasters such as floods, earthquake recovery, mass-casualty incidents, train derailments, hazardous materials releases, droughts, extreme heat and cold events. His education includes Associate and Bachelor degrees in Social Science, concentrating in Administration of Justice, and, a Master’s Degree in Public Administration. He has also completed many continued-education courses on administration and emergency management. 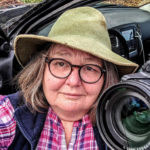 Cyndy Green has been intrigued by news since she got a toy printing press as a six year old. She switched to visual story telling at the age of 12 with her first still camera and moved to broadcasting after an internship in 1974. After 28 years in broadcast news and another 8 teaching broadcasting, she still can’t live without a camera in hand and an editing computer nearby, so in retirement she continues creating visual stories.
Twitter Facebook Instagram