The Founding of the Haggin Museum

This is the third and final article in a series chronicling the events, individuals and organizations that contributed to the opening of the Haggin Museum 89 years ago.

Following the public announcement of Eila Haggin McKee’s pledge of $30,000 in April of 1929 to the San Joaquin Pioneer and Historical Society, the organization unanimously adopted a resolution stating that they would use her gift “…to acquire a site and erect a building as a first unit for a Gallery-Museum.”  The gallery was to be named in honor of Eila’s late father, Louis Terah Haggin, and would house a portion of her family’s art collection, which she had also agreed to donate.

Despite the resolution’s wording, the Society was optimistic that they would be able raise the funds to build both units at the same time. The money that the San Joaquin Society of California Pioneers had realized from the sale of their Pioneer Hall back in 1912 had been accumulating interest in a local bank over the years and now totaled over $20,000.  When the remaining members of that organization learned of Eila’s offer, they let the Historical Society know of their intention to donate that fund to help build the museum and officially did so a year later.

Eila’s husband Bob had written the Society that both he and his wife hoped that the gallery would be built near the center of the city.  However, after some initial investigation, it became apparent that the cost of acquiring a site in this area would be prohibitively expensive.  Following several months of discussions, the Society asked the Stockton City Council for space in one of the City’s municipal parks for their proposed gallery-museum.  A number of parks were considered but eventually the Society requested a site within Victory Park in early October.

Originally named Benvenida Park when it opened in 1916, its name was changed in 1919 in honor of the Allied victory in World War I.  Located on the western edge of the city, it was surrounded by a growing residential district.   Both the daily newspapers enthusiastically supported the proposed location in editorials, but such support was not universal.  A petition signed by many of the homeowners in the Victory Park neighborhood outlining their objections to the Historical Society’s request was presented to the City Council.  It stated that such a building would cause irreparable damage to both the aesthetic and recreational aspects of the park.  The Society was willing to address these concerns by stating that the structure would occupy a relatively small footprint within the park, and agreeing to locate the building toward the center of the 29-acre park and set back a considerable distance from the three bordering streets.  With these compromises acceptable to the petitioners, on October 28 the City Council granted the Society permission to build their gallery-museum in Victory Park.

Stockton architect William J. Wright was initially hired by the Historical Society to draw up plans for the Haggin Gallery and they were sent to the McKees for their review and approval in the spring of 1929.  Bob McKee was rather critical of Wright’s drawings and asked that his close friend, San Francisco architect Lewis Hobart, be allowed to work with Wright on the final plans for the building.  Hobart—whose designs included the Bohemian Club, Grace Cathedral and the original structures in Golden Gate Park—began collaborating with Wright in early 1930 on the design of the combined gallery-museum.  The three-story Roman-Renaissance style building would measure 58 by 170 feet, be constructed of tapestry brick with cast stone decorative elements and include four Roman Doric columns flanking its entrance.  After numerous reviews and alterations, the final plans were approved on April 9.

With the plans approved, a site in Victory Park and a building fund that now totaled over $50,000, the Society put the project out to bid.  Unfortunately, when the bids were opened on May 21, the Society received some very unwelcomed news—all exceeded the funds on hand.  The Society responded the following day by announcing a special fundraising effort with a goal of $30,000 to make up for the shortfall.  Life memberships in the Society would be sold for $250 and those donating $100 would be acknowledged with individual Memory Roll plaques “…in a special niche at the museum.”  (These plaques remain on display to this day.)   And almost immediately the Society began to receive membership dues and donations—both large and small—from individuals and organizations throughout San Joaquin County.  By August, the Society had raised sufficient funds to put the project out to bid once again, and on August 27, local contractor William J. Scott’s bid of $59,770 dollars was accepted.

The site was laid out on September 1, 1930 and construction began the following day.  On October 12, the cornerstone was laid under the direction of the Native Sons of the Golden West.   Work continued throughout the autumn of 1930 and into the winter and spring of 1931.  During this time, the Society continued to raise funds to cover the costs of separate contracts for a heating and ventilation system, landscaping and assorted furnishings.  The total cost of the gallery-museum was approximately $90,000—the equivalent of around $1.5 million today.

As the building took shape, the Society hired Harry Noyes Pratt (1879-1944) as the gallery-museum’s Director.  Pratt was a writer, magazine editor and prior to coming to Stockton, the art critic for the San Francisco Chronicle.  With the interior of the building completed, Pratt began hanging the Haggin paintings and organizing a few historical displays from items lent or donated by members of the community.

June 14, 1931—the day of the gallery-museum’s opening—was cloudy and relatively cool for a summer’s day in Stockton.  The Dedication Program began at 2:00 PM with addresses by the Society’s President George Catts and John Humphreys, Chairman of the Stockton Board of Education.  Catts told of the three-year community effort to make the gallery-museum a reality and Humphreys extolled the cultural and educational value of such an institution for the City.  Dean C. M. Dennis of the College of the Pacific led a musical program at 4:00 PM and throughout the rest of the afternoon and into the early evening nearly 4,000 visitors strolled through the museum’s various galleries.

In a letter to Bob McKee the following day, local attorney and the Society’s Secretary, Leroy Mills described the positive public response to the Opening Day event.

“The people of this community had little conception of what was to be offered, and all expressed delight with the new institution.  Much deserved praise of you and Mrs. McKee from the people who live in and love this community.   We shall do our best to carry on the operation of the Gallery-Museum, so that it will attain a real influence in the cultural life of this city and county.”

Over the past 90 years this institution’s name has changed several times.  Originally known as the LOUIS TERAH HAGGIN MEMORIAL GALLERIES – SAN JOAQUIN PIONEER HISTORICAL MUSEUM, it was later changed to the PIONEER MUSEUM AND HAGGIN GALLERIES, and on its 50th anniversary in 1981, it became simply the HAGGIN MUSEUM.  But what hasn’t changed in all this time is the commitment that this institution’s Board of Trustees, staff and volunteers have made to ensuring that this museum remains a valuable cultural and educational community asset. 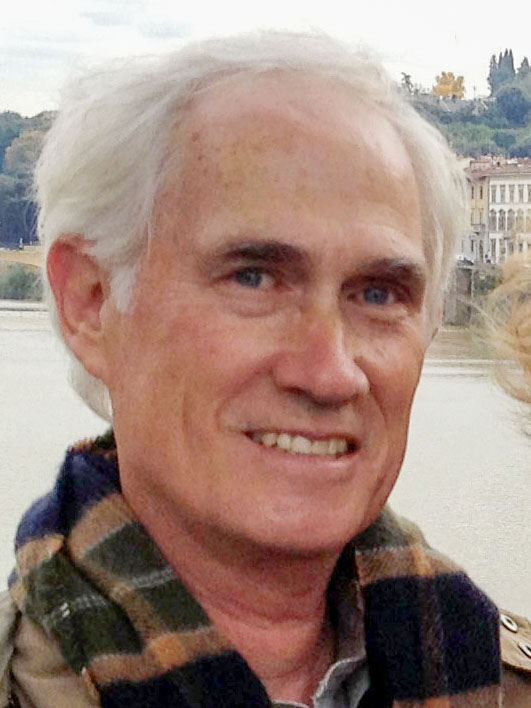 A Stockton native, Tod Ruhstaller has been with the Haggin Museum for nearly 36 years, first as its Curator of History and currently as its CEO.  Previously he was a field archaeologist for Far Western Anthropological Research Group.  He considers coming to work at the Haggin to be the second best decision he’s ever made; marrying his wife Sandi will always be Number 1.

PrevPreviousBack to Square One