For Tiffany and Brandon, my kind of mystery fans. 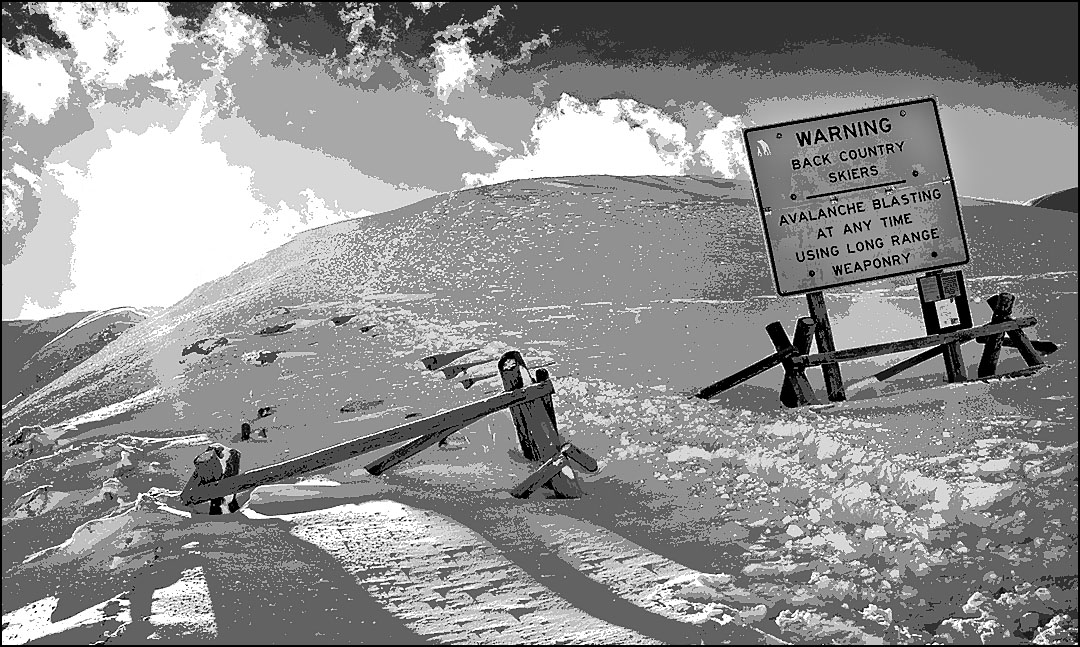 Having solved the mystery of the venomous
India snake lurking in the family Christmas tree
and the invisible thief no one could identify
owing to his clever disguise as Santa Claus,
I went on holiday, exchanging the snowless Delta
for the High Sierra and arriving just in time
to be greeted by a blizzard that canceled skiing
and held me snowbound in a rustic lodge
where the women talked of nothing but ski fashions
and the men babbled bitcoins and cryptocurrencies,
watching the snowfall powder the slopes, sampling
the high life and cheese melts from the roving raclette cart.
All of us found comfort round the circular fireside,
refreshments in hand, forming friendships,
indulging holiday revelry and growing closer,
our convivial mingling punctuated by explosions
from the labor of snow technicians
explained by detonation supervisor Marcus
as the clearing of slopes and trails
with precise blasts designed to send snow packs
cascading and dispersing, induced avalanches
that prevented the real thing from descending
without warning and burying skiers alive in snow tombs.
Our only problem was a certain eager skier
who chose to pursue his sport despite the risk.
“Has anyone seen Godfrey?” one of the women asked
when that playboy went missing. None of us worried,
knowing the notorious drifter’s insatiable taste
for adventure, laughing at danger and dismissing
warnings about his perilous conduct, hoping to excite
the envy of timid males and the attention of women
charmed by a rogue male whose idea of success
in skiing and life was to stop at nothing to get
what he wanted, true to the motto emblazoned
on his ski wear:  Fortune Favors the Bold.
The rest of us waited for Marcus and crew to signal
the all clear, restoring the slopes to perfect safety,
something that mattered not at all to Godfrey,
whose forbidden schussing often led Marcus
to go chasing the disobedient scalawag,
and ended with him seeking the lost man’s trail
wherever it led or ended, suspecting
(as he told me) to find a body in the snow
due to an accident of his own making.
“Maybe he went too far with a trailblazing woman,”
Ashley laughed, “who led him down the wrong trail.”
“And got the fate he richly deserved,” added Evette,
with more than a hint of malice that turned heads
in wonder at her words, remembering as we did
how she and Godfrey played sweet little games
until he left her for another gamester and turned
the best of friends into the best of enemies.
When we were cleared for action, a few of us
took to hunting the rugged landscape and asking
those we met, “Anybody seen Godfrey?”
None had. The consensus was he’d misjudged
a cliff or trusted his luck to jump a deep ravine
or else gone cross-country and kept on going
to escape a possessive woman or irate husband.
The mystery of his disappearance was one that
even logical Sherlock or shrewd Miss Marple
would have consigned to the cold case file.
“He got away with what he could when he could,
and then he couldn’t,” Evette summed up
when the two of us met by chance decades later.
I questioned how a skier as seasoned as Godfrey
could have succumbed to simple carelessness
and gave her my theory that the daredevil
was lost owing to the accident of an avalanche
that took the life of that self-proclaimed champion.
Luck is not always on the side of those who take chances.
“It was no accident,” Evette said quietly
and left me without another word.
Not that another word was needed
after her four words brought to my mind
the incident when Marcus unexpectedly arrived
at the lodge to find his wife and Godfrey
a little too cozy, a little too compatible,
whereupon he turned abruptly and departed
without a flicker of emotion or hint of revenge.
And only now did I sense what resource lay at hand
for murder by a master of perfectly-placed detonations.