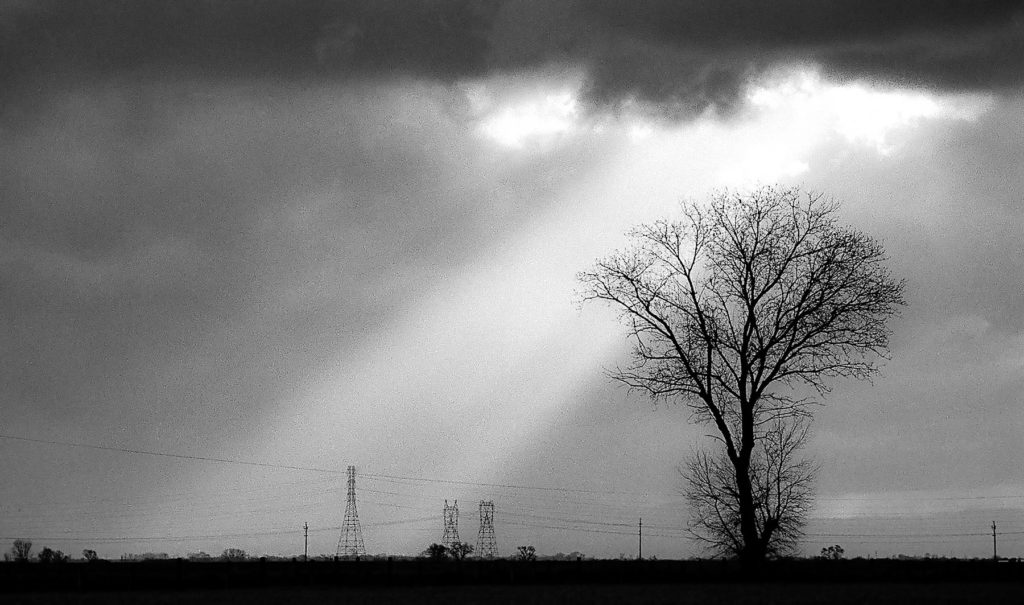 Some things are just worth being late for. I was working for the Record newspaper in Stockton in the winter of 1976 and on my way to Vallejo to cover a high school championship basketball game to which a local team had advanced.

As newspaper assignments often go, this one was scheduled without much thought given to the miles that needed to be driven. By obeying all speed limits, and with a little luck, I calculated that I would be there by about half-time. That would not leave much time for game coverage before I would have to head back to make deadline.

Listening to tunes on the company car radio and enjoying the scenic wonders of the Delta, I didn’t feel the need to rush. Nor did I feel I had the luxury of having spare time on my hands. That left no time for lollygagging, one of my favorite sports.

Somewhere just past Rio Vista the turbulent storm was clearing, creating a swiftly moving opening to the open sky focussing a distinct spotlight beam roaming across the farmlands. The light shaft emanating from the sky with only the horizon was beautiful, but not enough to stop for a picture.

That serendipity thing happened again. I was approaching a lone oak tree standing up ahead. The direction of the traveling shaft told me there might be a chance of that tree playing a major roll in the composition. Quickly finding a wide enough place to pull over, I grab the 300 millimeter lens and wait for a nice moment. A few quick shots and I’m back on the road again heading to the game, adding probably no more than 2 or 3 minutes to my commute.

Back in the photo lab at the paper rushing to beat the clock, I had forgotten this little gem until I started editing the film for printing.

We ended up with the sports coverage we needed and a page one enterprise shot, too. Plus the additional bonus of not being scolded for tardiness.