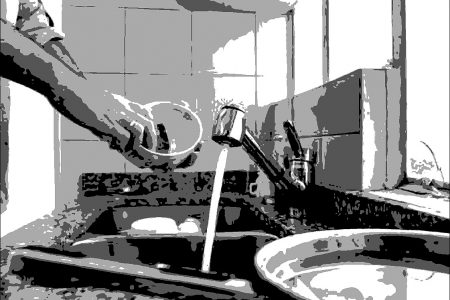 My holiday-themed, bird-chirping doorbell,
rung repeatedly by mischief-minded children
who run away before I can scold them,
heralded an unexpected caller:  wannabe poet
Wanda and the story of one insomniac night
on her pillow when she heard a nightingale’s
gift of music that kept her awake in ecstasy
and now steals her sleep for lack of it.
The vagabond minstrel haunted her garden
with song beguiling as a lover’s call
until the songbird who captured her heart
made off like a thief in the night,
leaving nothing but silence, ending
the enchanting arias that gave birth
to inspiration, the inklings of poems
Wanda meant to write, and now never would.
“Instead of glamorizing your writer’s block,”
I chided her, “get down to work, capture
the magic of that spell in a lovely sonnet,
describe the charm of moonlit enchantment,
the voice in the night that stirred your soul,
and whether the gale’s mysterious silence
was (as mystery writers love to say)
accidental or otherwise…..”.
“I’m a poet, not a detective!” Wanda  bristled,
saying I asked too much of her too soon,
as she might expect of any insensitive male.
“If you want a poem like that, my dear,
you’ll have to write it yourself,
and allow me to be the critic
of your feeble attempt (knowing, as I do,
men are such fools about our feelings).”
This morning, with nothing more in mind
or hand than a clutter of breakfast dishes,
I was doing duty at the kitchen sink
when I glanced out the window into the garden
and saw a large, belligerent bluejay
standing sentry atop my leafy garden wall,
without any hunt-and-peck, nor even a quiver of feather.
Was he posing? Posturing? Meditating?
The answer arrived with a careless crow
who made the mistake of trespassing,
provoking the jay to launch an attack
stunning in its swiftness and fury,
chasing the intruder out of his precinct,
over the pines and into an autumn sky
where a Delta flock flew raggedly south,
joined now by one struggling straggler.
Emboldened by victory, the jay returned
to my garden’s perch with a flourish
of wings and high-pitched warnings
to any creature foolish enough
to settle wherever he happened to be,
a militant exhibition that offered me,
his kitchen window spy, a solution
to the mystery of the nightingale,
A bird wiser than his reputation,
the singer sensed how even an innocent song
in the night could rouse a sleeping sentry
to seek and silence him, leaving no option
other than to find a safer haven for song,
unaware of what he left behind:  a poet
anxious for his return, eager for his music,
sleepless in the dark of all lost dreams.
###